Houston is gearing up for the 90th running of the Houston Livestock Show and Rodeo (HLSR) this year, which will bring cowboys, barbecue champion hopefuls and revellers to NRG Stadium for three weeks in March. 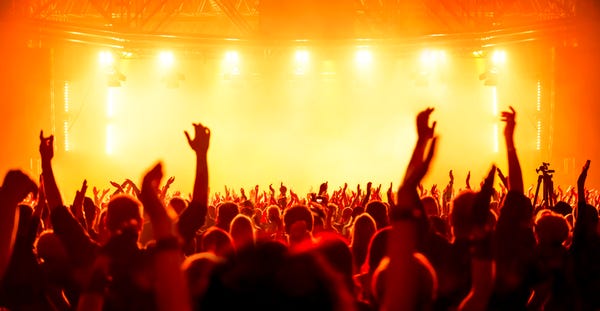 Rodeo officials announced this year's entertainment lineup Wednesday, which includes H-Town favorites and a variety of concerts fit for anyone's taste. Country legend George Strait will close out this year's slate of artists with a full-length concert on March 20. Tickets for Strait's concert are available online, but tickets for the rest of the lineup go on sale Jan. 13.

Cody Johnson is a Texas native who broke into the country scene in 2014 with his hit "Cowboy Like Me." Tickets for his performance will be available online Jan. 13.

The Grammy-winning musician moved to Nashville to tackle the American country scene in 1992 with hits like "One Too Many," "Wild Hearts," and "Blue Ain’t Your Color."

The RodeoHouston favorite country artist returns to the stage. McGraw has put out 16 studio albums and will perform on the Rodeo's Armed Service Appreciation Day.

March 3: For King and Country

The Christian duo released their third album "Burn the Ships" recently. This is the first time they've performed at the RodeoHouston.

Martin has been a pop icon since the late 1990s and will be performing at the RodeoHouston for the first time this year.

Pardi is inspired by the styles of 1990s country music, and he's recorded and released three studio albums since his career started in 2012.

The Norteño group performed at the RodeoHouston only once before in 2000 but returns for 2022's Go Tejano Day.

Country star Bryan has seven studio albums under his belt, featuring hits like "Play It Again," "That’s My Kind of Night," and "Country Girl (Shake it for Me)."

Morris is a genre bending pop-country artist with hits including "The Middle," "The Bones," "Chasing After You." She released her second studio album in 2019.

Brown broke into the mainstream in 2017 when he became the first country artist to have hits on all five Billboard country charts.

Bun B hosts a night of Houston rap and hip hop with Slim Thug, Lil Flip, Lil Keke and Z-Ro.

McCollum is a local country artist from Conroe who began writing and performing in Austin in 2015. He traces his inspiration back to Willie Nelson and George Strait, who will perform on the same stage a week later.

The "What Was I Thinkin'" hit singer is a RodeoHouston favorite and returns to the stage for the eighth time in 2022.

Sam Hunt is a writer-turned-singer, having written hits for Kenny Chesney, Keith Urban, Reba McEntire and Billy Currington before joining the fray with his debut album "Montevallo" in 2014.

The former No Doubt singer and world-renowned pop star will perform for the first time at RodeoHouston,

The Texas native star is sure to perform hits like "Young Dumb & Broke" and "Location" at his RodeoHouston debut.

Stapleton is a former song writer who has since released several popular country songs including "Millionaire," "Tennessee Whiskey" and "Broken Halos."

EDM returns to RodeoHouston with Marshmello, whose hits include "Leave Before You Love Me," "Happier," and "Silence.":

Before Strait takes center stage, McBryde will perform a short set an hour before the headlining show.

Once tickets become available, they can be purchased through the RodeoHouston website.

- 'Stranger Things' is back, and the Duffer Brothers made It big

- Who's playing Dungeons & Dragons these days? Everyone.

For the latest and best from Chron, sign up for our daily newsletter here.